How many striped shirts do you have? I own 5.  It’s probably too much but I convince myself each one is special in it’s own way. These ochre stripes are a bit of a departure from my usual black and navy, but I like it. I’m becoming a fan of long sleeved t shirts that are just slightly fitted but still drape a little.

END_OF_DOCUMENT_TOKEN_TO_BE_REPLACED

Which one is better?

END_OF_DOCUMENT_TOKEN_TO_BE_REPLACED 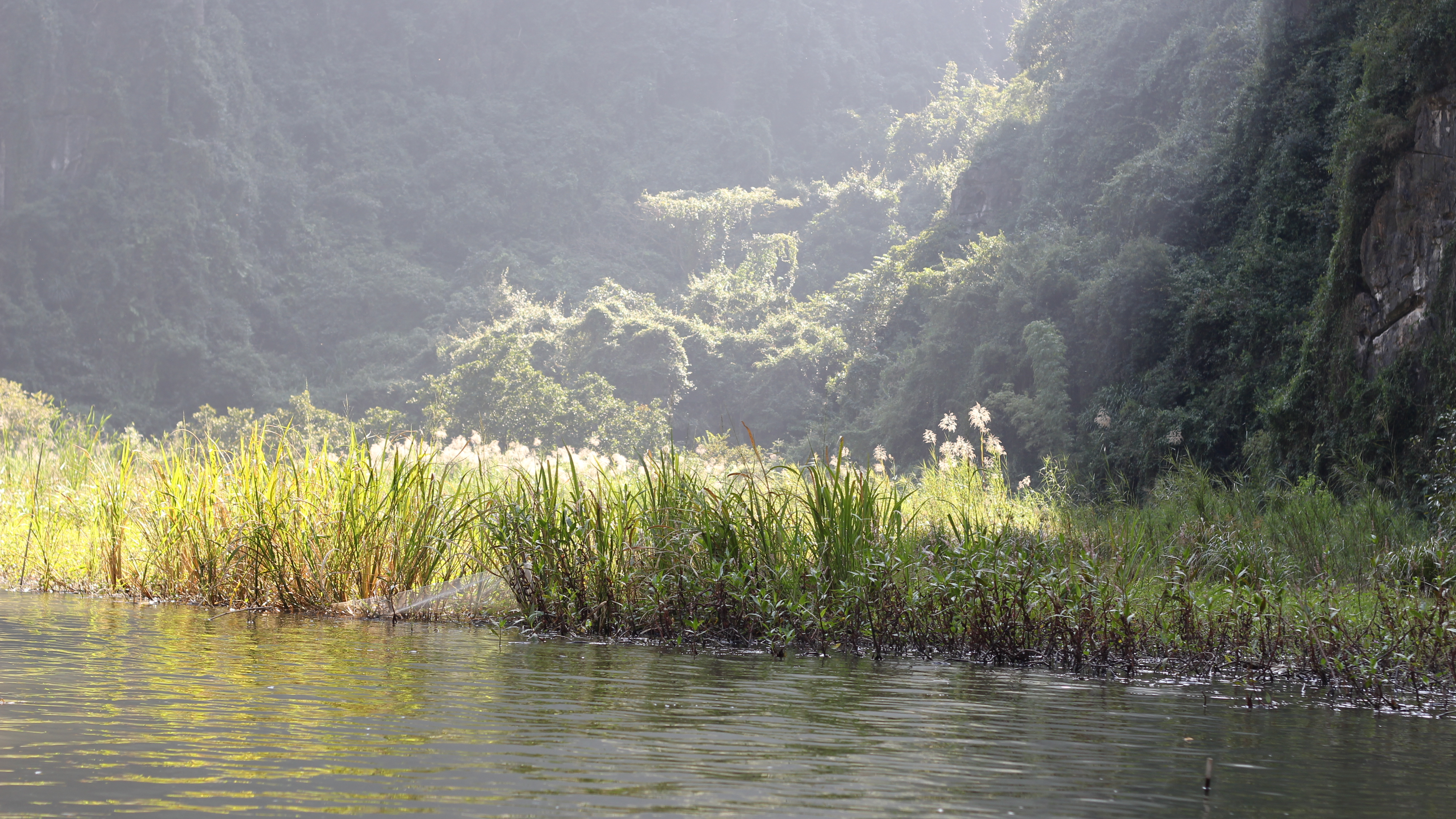 I  tried a new recipe from the Thug Kitchen cook book.  For the record, I hate the title as much as anyone else.  But their vegan meatballs were delish.

END_OF_DOCUMENT_TOKEN_TO_BE_REPLACED 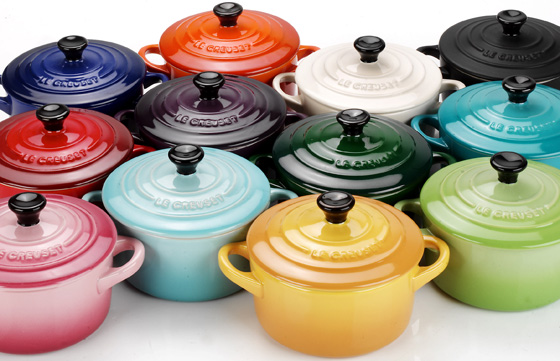 Having my own kitchen for the first time meant that it was time to throw out the plastic Ikea can openers and start investing in some good tools.  Best investment so far:  the Dutch oven people!  I hesitated in buying the coveted Le Creuset pots with their $325+ price tag and opted for the closest runner up:  Lodge’s Enameled Cast Iron Dutch Oven sold on Amazon for $82.  One day when I grow up, I’ll upgrade to Le Creuset and look back as a converted Dutch oven snob, ashamed that I ever bought the Lodge, but for now, it will have to do.  They hold heat very evenly which does makes a difference in taste.  Great for any dish that requires simmering or a lid, ie soups, pasta sauces, stews, poultry, etc.  The best recipes I’ve made so far with it come from Jamie Oliver:

1) Jamie Oliver’s Chicken in Milk has been written extensively about on The Kitchn.  They even went so far as to call it the the ultimate chicken recipe, and I agree!  It’s really delicious. I’ve had friends sneak into the kitchen to scrape off bits from the bottom of the pot after they were done.  Have made this about 5 times now with slight variations and found that roasting it with the lid on except for the last 30 minutes and using organic chicken and organic whole milk make a huge difference in flavor. 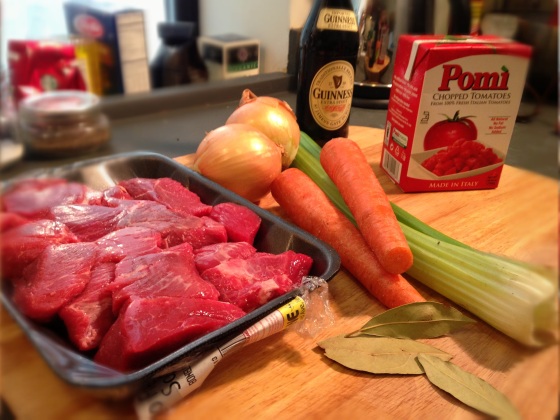 Fry all the veggies and the bay leaves in 2 tablespoons of olive oil using your big dutch oven, 10 minutes, stirring often, then it should look like this:

Add your beef and 1 tablespoon or slightly more of flour to the mix. 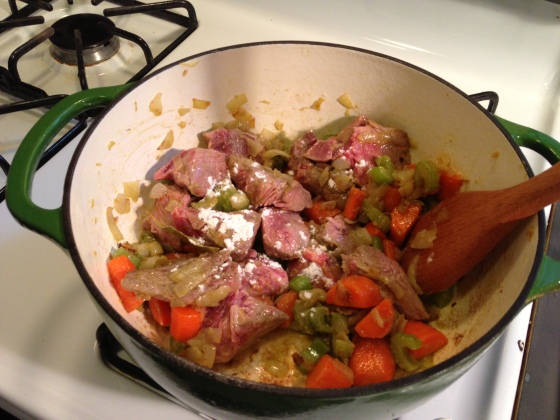 Now measure out 2 cups of Guinness (and drink the rest).

Pour it in.  It gets nice and foamy.

Then add the chopped tomatoes, 1 teaspoon of salt and black pepper, then let it cook on low heat for 2 1/2 hours.  Scraping the bottom and stirring only once or twice.  Then uncover the pot for another 30 minutes to let the beer evaporate off some more. 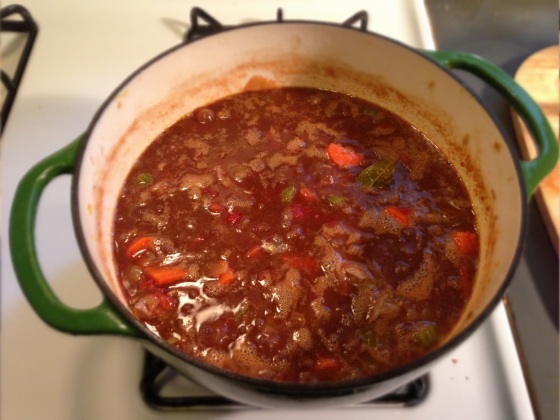 When it’s done, it has a deep dark brown color, a sweet complex richness with a slight bitter Guinness kick, but it shouldn’t be overwhelming.  Leftovers taste even better.  I had mine with a heaping spoonful of store bought garlic mashed potatoes. 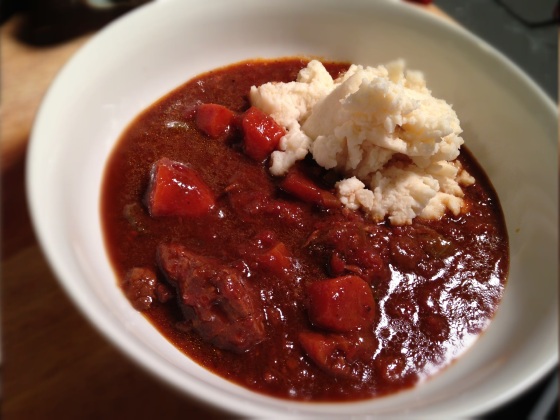